Everybody needs a wingman, right? The kind of person who has you covered no matter what. Well, that’s Jan—the one who knows when it comes to dieting, everybody’s gonna slip up sometimes. And when those slips occur, BodyTech clients consider her their go-to girl—their motivator— when temptations start to out-weigh that little inner voice of reason. And why, because she knows. Been there, done that.

Technically speaking, Jan has the best kind of training for her job. Firsthand experience. One of BodyTech’s very first clients, she’s been around long enough to see the company grow and transform countless lives—including her own. Long after achieving her own weight loss goals, Jan kept coming, seeking support and advice that has helped her maintain an ideal weight for years. You could say Jan became a regular (a groupie, her husband would argue) at BodyTech. A real model of success, it was only natural that Larry hired her to guide others to similar success.

For Jan, the diet has meant so much more than just a thinner body. It has allowed her to reclaim her health and quality of life. Before adopting the BodyTech way, she suffered from a serious and persistent health condition, Crohn’s disease. Now, she happily reports, she manages her flare-ups thanks to the principles of healthy eating she learned at BodyTech.

Success has come in many forms for Jan. She’s also an academic champion, holding a BA in Special Education from the University of Maryland, and it wasn’t enough, she continued her education at John Hopkins University. In cumulative, this means she understands that everyone has special needs and she is well equipped to guide you to a better place. So, if you’re struggling with your weight and it’s causing you problems, then a visit with Jan might be just what the doctor ordered.

In the world of BodyTech, Jan’s considered a super-model of success. Her husband thinks she’s simply a supermodel. How nice is that! 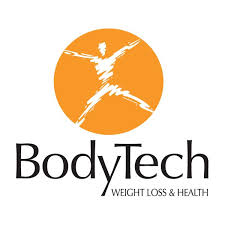 Information in this website is provided for informational purposes only and is not a substitute for professional medical advice. BodyTech is not a medical organization. You should consult your physician before starting this or any diet program to determine if it’s right for your needs. BodyTech offers a personalized weight loss program and individual results may vary.